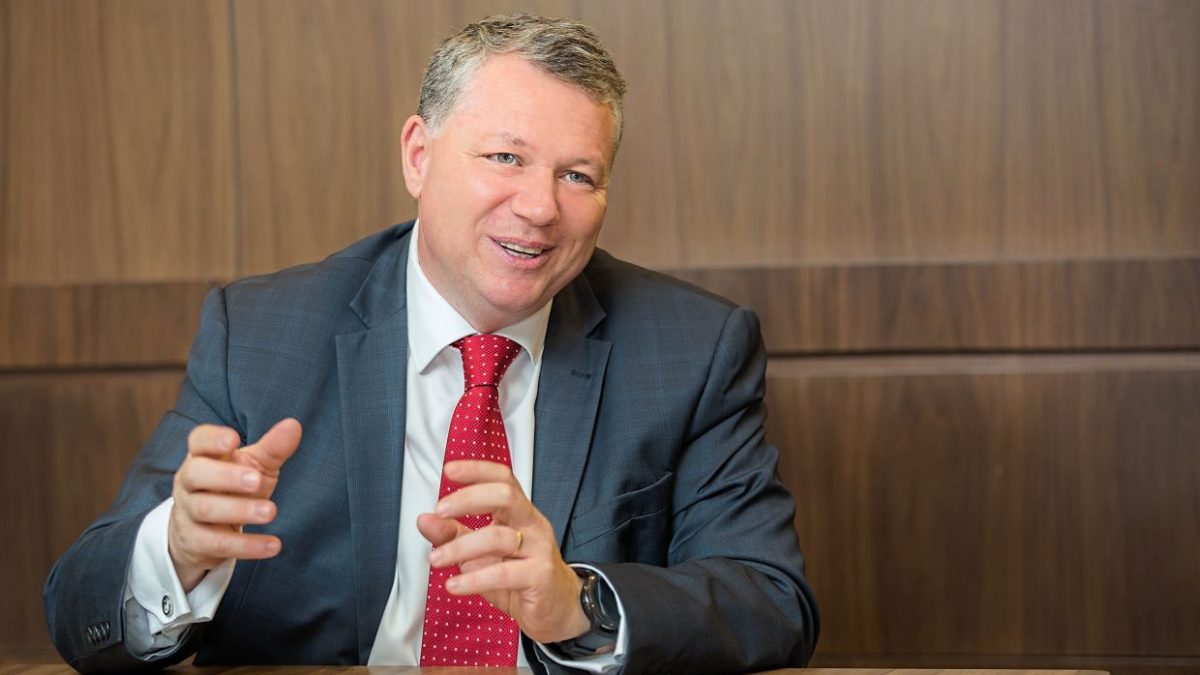 Article was originally published by TheStar.com.my

THE upcoming listing of CTOS Digital Bhd could not have come at a better time.

Although initially planned for a listing of only 25% of the company’s equity – the typical size of listings – strong demand from investors even prior to the formal book building process has made the issuer double the offering.

CTOS is now offering 50% of its total equity, made up of both existing and new shares, for sale to investors.

This is the first time in a long time that a large listing is selling so much of its equity in the market.The last time this happened was when FGV Holdings Bhd sold 60% of its shares in its initial public offering (IPO) in 2012.

So, why would CTOS let go such a big share of its equity?

One reason is the flush amount of liquidity in the market today. Recent smaller listings have enjoyed record-breaking oversubscription rates.

To get some perspective of the amount of money coming into the market, a look at five Ace Market listings that sold their shares in the first four months of this year tells an interesting story.

These five listings attracted a whopping RM1.98bil of money chasing after only RM102.6mil worth of public portion shares of those five companies on sale.

Added to this is the fact that CTOS’ main shareholder is Creador, the private equity fund which only recently brought another massive company to the market in the form of MR DIY Group (M) Bhd.

MR DIY, which had its detractors, has done very well. Listed on the Main Market in October 2020, the home improvement retailer’s market capitalisation has more than doubled from RM10.98bil on the first day of trading to over RM24bil as of yesterday.

The success of the listing helped to put the Tan brothers of MR DIY among the list of world’s billionaires by Forbes.

Hence CTOS listing, which seems to be another interesting company considering its unique features plus the financial technology (fintech) element, is likely to see even heavier demand.

Sources say that it was large funds like the Employees Provident Fund (EPF) and Permodalan Nasional Bhd (PNB) who had nudged CTOS shareholders to consider an offering larger than 25% of equity.

In the past several years, there have not been many large IPOs that could cater to the demand of large institutional funds such as EPF and PNB. The reducing number of IPOs on the Main Market has also made it difficult for large institutions to find companies that are suitable for their fund size.

An investment banker says that CTOS will be the next mega IPO for Malaysia, with an expected post-IPO market capitalisation of RM2.4bil.

“Since 50% of the equity is offered through the IPO, we can expect the company to raise about RM1.2bil, ” he tells StarBizWeek.

The investment bank says CTOS, which seeks to be listed on the Main Market, may be valued at about 35 to 37 times, based on its price-to-earnings (PE) ratio.

“Generally, other listed companies in the similar credit reporting landscape globally control a PE of more than 50 times.

“For example, Experian plc and GB Group plc, which are listed on the London Stock Exchange, have a PE of 53 times and 72 times, respectively, ” he adds.

It is not surprising that CTOS could command a high valuation, considering that the company is positioned in the technology segment.

Technology stocks listed on Bursa Malaysia have generally performed well in the past one year and many of the segment’s big boys control a high valuation.

Take Greatech Technology Bhd and Pentamaster Corp Bhd for example – both stocks control a PE of 61 times and 51 times, respectively.

There are, however, no exact comparables among listed Malaysian companies to CTOS’ business.

CTOS, previously known as CTOS Holdings Sdn Bhd, is one of the six registered credit reporting agencies (CRAs) in Malaysia.

It is noteworthy that out of the six CRAs, only three companies have been given access to Bank Negara’s Central Credit Reference Information System (CCRIS) and CTOS is one of them.

Having access to the CCRIS allows CTOS to give more comprehensive and integrated credit reporting solutions to its clients.

However, the biggest strength of CTOS apart from its brand recognition is its 30 years of credit and financial information database, according to CTOS group CEO Dennis Martin.

“The credit reporting industry has high barriers to entry and a key barrier is the access to credit profiles, which we have built over three decades.

“We are enhancing our database of information through the adoption of data analytics, which would allow us to offer more sophisticated and targeted solutions to our clients.

“This gives CTOS a competitive advantage compared to its industry peers, ” he tells StarBizWeek.

As at March 31, the group’s database contained profiles of about 15 million consumers and about 8 million companies and businesses.

The other CRAs in Malaysia are Experian, Credit Bureau Malaysia, FIS Data Reference, Dun & Bradstreet and CRIF Omesti. CTOS has a 26% stake in Experian.

Over the past 10 years, CRIF Omesti was the only new entrant into the industry.

Prior to the IPO, Creador had an indirect stake of 80% in CTOS. This would be reduced to 40% post-IPO.

Martin says that Malaysia’s credit reporting industry is still in its early stage and has a great growth potential, moving forward.

“As the awareness on credit scores and the demand for credit-related services grow, the industry is expected to see more product offerings that are more analytics-driven.

“CTOS is moving in that direction. Not only that, about a quarter of the Malaysian population don’t have credit scores. This is surely a large untapped market for us, ” he says.

The commercial segment, which contributed 56.7% of total revenue in the financial year ended Dec 31,2020 (FY20), serves about 17,000 customers primarily in Malaysia.

Based on CTOS’ draft prospectus filed with the Securities Commission, about 92.4% of the revenue from the commercial customers for FY20 was derived from small and medium enterprise (SME) customers.

Meanwhile, the key accounts segment contributed 33.7% in revenue to the group.

Under this segment, CTOS provides digital solutions to about 430 large customers in the country, including Malaysian banks and corporates such as telecommunications companies (telcos).

The DTC segment, on the other hand, serves the retail consumers and provides them with credit scores and other information including CCRIS information, directorships and business interests, litigation cases and trade references.

The DTC segment contributed 4.5% in revenue to CTOS in FY20.

Martin says about 75% of CTOS’ revenue is recurring in nature, providing a stable income base for the group despite market uncertainties.

The group managed to rebound strongly from June 2020, although it was impacted in the short term from March to May 2020 due to the effects of the movement control order on its customers’ in-office activities.

CTOS has consistently enjoyed double-digit net profit margin in the past three years as mentioned in its draft prospectus.

The group also registered a high return on equity of over 39% for FY18-FY20.

CTOS plans to use proceeds from its IPO to repay bank borrowings and to fund future acquisitions.

According to its draft prospectus, the group’s total borrowings stood at RM163.5mil as of March 31, against RM14.36mil in cash and bank balances.

On new acquisitions, CTOS said it is exploring opportunities within Malaysia and in the Asia-Pacific region.

“As at March 31, we have identified a target business in the Asia-Pacific but such acquisition plan is still in a preliminary discussion phase, ” it added.

Martin says future acquisitions undertaken by CTOS would focus on companies that are related to its business segments and products.

“The acquisitions should enable us to enhance our product offerings and market reach, ” he adds.

Of the 1.1 billion shares, up to 900 million existing shares would be made available through an offer for sale, apart from a public issue of up to 200 million new shares.

CTOS plans to offer a dividend payout of 60% of its net profit post-IPO, according to the draft prospectus. 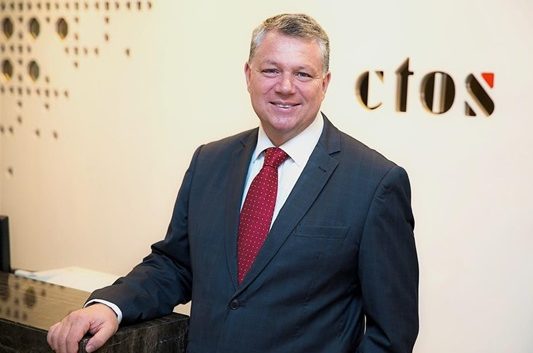 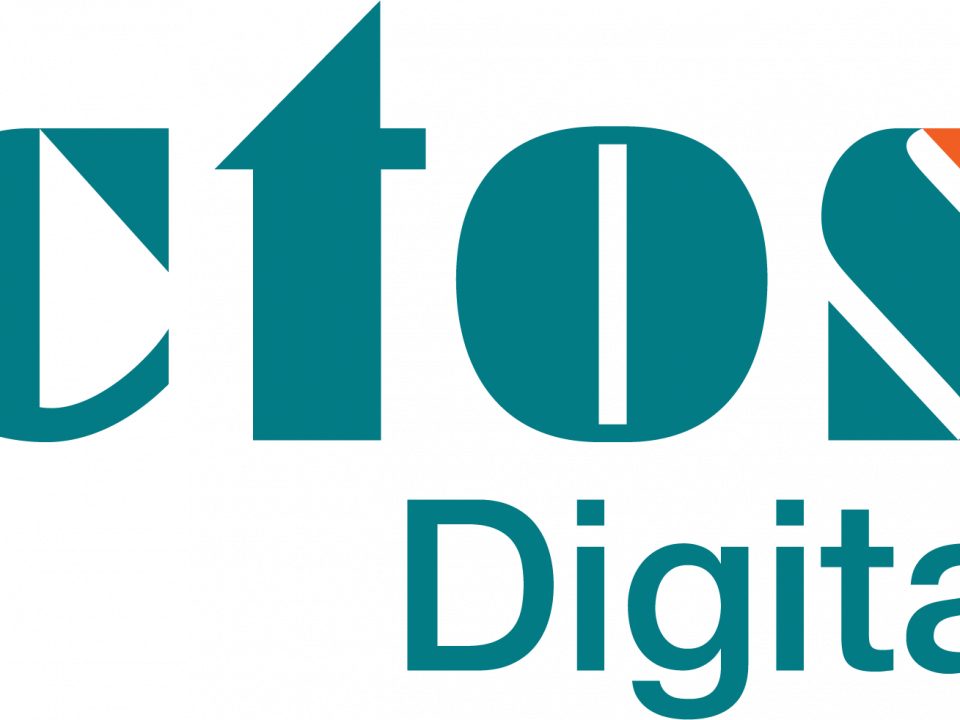 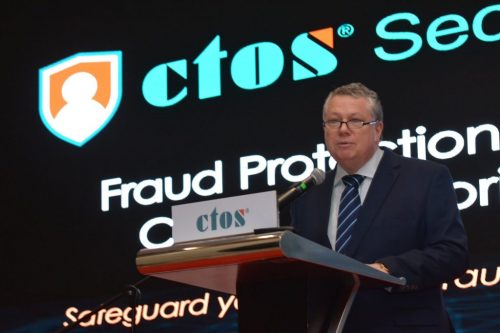